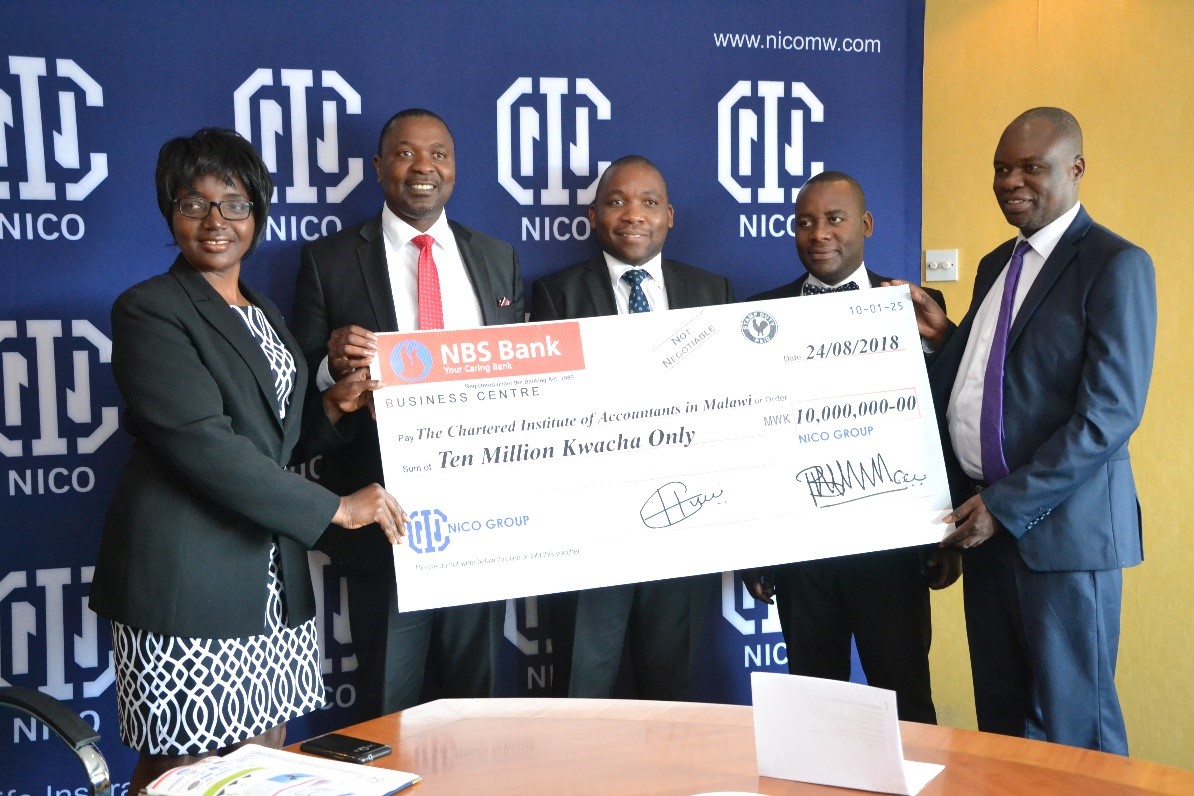 On Friday 24th August 2018, NICO Group Companies sponsored K10,000,000 towards the upcoming Institute of Accountants in Malawi (ICAM) conference scheduled to take place on 20 – 22 September 2018 in Mangochi. Speaking during the cheque presentation, the Group Company Secretary, Mrs Emily Makuta, said NICO Group has made this donation to ICAM with the realization that NICO recruits several accountants within the Group but also because ICAM is one of the professional bodies in the country working to uphold the ethical and professional standard of accounting in the country therefore promoting the economy of Malawi.

“We as NICO Companies believe this conference will further equip our accountants with the latest and relevant skills to execute their work. We further value the role that ICAM play in the country of promoting the economy through the many other activities towards the economy,” Makuta said.  Receiving the sponsorship, the Chief Executive Officer of ICAM, Dr Francis Gondwe, applauded NICO Group for this gesture but also outlined other roles that ICAM play in the country. “At ICAM, we induct accountants with latest accounting standards all year round, we therefore thank NICO for this sponsorship which will enable us to hold our lake conference but also other lined up activities,” Gondwe said. Present during the cheque presentation were other CEOs of NICO Group Companies such as Mr Kwanele Ngwenya, CEO of NBS Bank (which is a member of NICO Group), Mr Emmanuel Chokani, CEO of NICO Asset Managers and Daniel Dunga the Chief Investment of NICO. NICO is involved in several businesses such as general insurance, life insurance, asset and property management, pension administration and technology.  NICO is operating in both Malawi and Zambia and has several other investments in Mozambique, Uganda, and Tanzania.